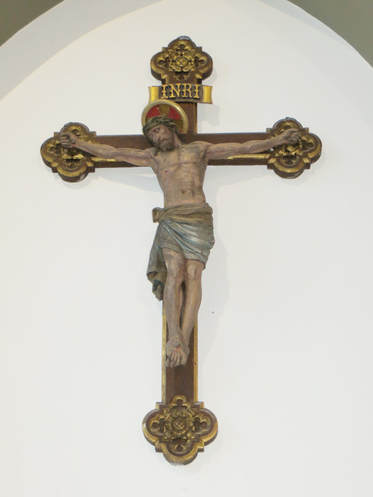 Lincolnshire Star, 23rd June 1917
"FLOWER SERVICE – More interest than usual was attached to the annual flower service held at All Saints’ Church on Sunday, as a war shrine was also to be dedicated. The children brought offerings of flowers to the Altar and there they were received by the Vicar (the following day being sent to Hull Infirmary). In order to commemorate the names of those who have gone from the parish or being associated with Winterton of the school to join the forces on land and sea, an effort made by the teachers and Sunday School children has resulted in a beautiful addition to the Church. Enclosed in an ancient niche in the East wall of the north transept, it takes the form of a crucifix. The trefoil extensions of the cross are are beautifully carved and the figure is of fumed oak with gilt halo, The tablet under bears the following inscription “A.D. 1917. This crucifix was given by the Sunday School teachers and children in happy memory of the men from this parish fallen in the war. R.I.P”. The Roll of Honour, the work of one of the teachers contains 186 names of men, 15 of whom have fallen, and 5 nurses. To ensure continuity of design, Mr W. H. Wood of Newcastle, the architect was responsible and the work was carried out by Messrs Bowman and Sons, Stamford, both the above architect and contractors being associated with other work previously carried out in the church. The ceremony of unveiling was performed by the Vicar who read the dedicatory prayers and the names of the fallen men." 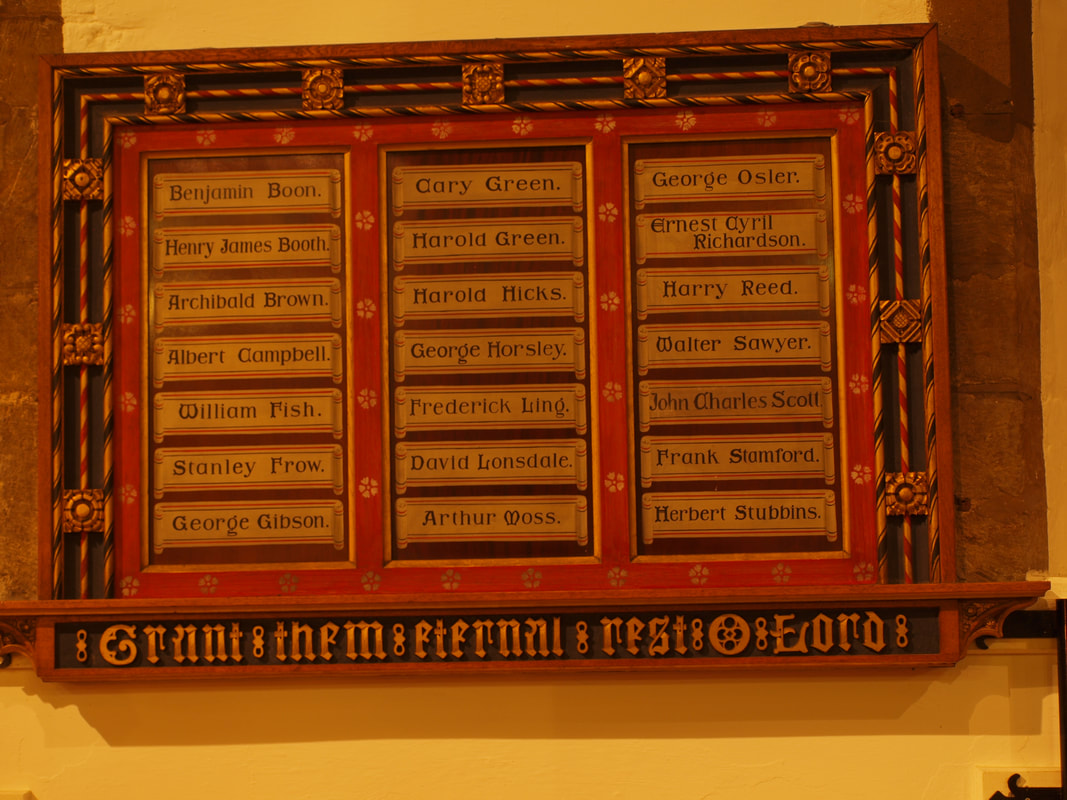