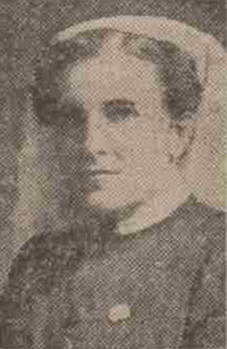 Lincolnshire Star - 3rd November 1917
Winterton - LOCAL HONOUR. Amongst the list of ladies attached to Scottish Hospitals to whom the king has awarded the Royal Red Cross decoration, in recognition of their valuable work in connection with the war, appears the name of Miss Florence Ellen Hunt, Matron, Ralston Auxiliary Hospital, Paisley. She is a daughter of Mr and Mrs W Hunt of Winterton.

The above award was for the Royal Red Cross (Second class).