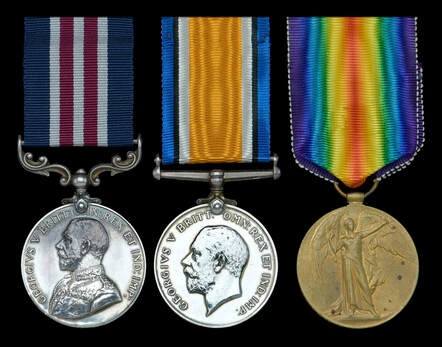 Herbert Lawtey was born at Winterton, Lincolnshire, in 1885, the son of Robert and Annie Lawtey. He attended Elsham Boys School and served during the Great War initially with the 8th Battalion, Lincolnshire Regiment. He later transferred to the 10th (Grimsby) and then the 2/4th Battalion, before returning to the 8th Battalion with which he was serving when he was awarded the Military Medal. Records show he was admitted, sick, to No. 3 Northern General Hospital, Sheffield on 2 November 1918. He died in Sunderland in 1961.
M.M. London Gazette 17 June 1919.

Back to WW1 survivors (L-R)