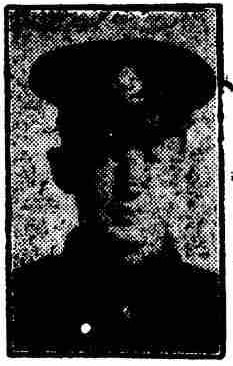 Hull Daily Mail - 12th January 1917
The most charming New Year's card Mr and Mrs W. Allison, 29 Trafford Street, Scunthorpe, received was the one handed them on January 1st from their eldest son, Private Ernest Allison saying he was alive and well, though a prisoner of war in Germany. He had been reported missing since November 13th. Private Allison had been employed at the Radiator Works, Hull, for 18 months before he enlisted, and on January 15th, 1915, he joined the East Yorks Regiment. In the following December he went to Egypt, and in February 1916 to France. He is 23 years of age. Mr W. Allison (Private Allison's father) is a checker on the GCR and has been at Frodingham Station 18 years.
Back to WW1 survivors (A-C)