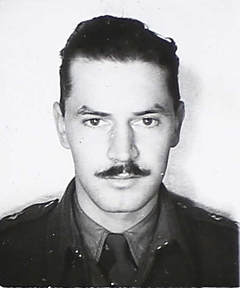 David was born on 2nd December 1919 at 28 High Street, Winterton, Lincolnshire. He was the son of David and Daisy Emily LOUGHNAN. They emigrated to Canada and in November 1933, David jnr sailed from Montreal to Liverpool with his mother and brother Brian. Their destination address was given as 28 High Street, Winterton, where his aunt Beatrice BIGLEY (husband of WW1 casualty Stephen BIGLEY) and grandmother Eva ROSE were residing. From May 1934 to April 1935, David attended Brigg Grammar School where he was Senior Swimming Champion in 1934 and a member of the 2nd XI Football team 1934-35. His brother also attended the school.

By 1937 Beatrice and the ROSE family had moved to 39 West Street, Winterton, and David, who had returned to Canada by then, working as an advertising photographer, enlisted into No.11 Fortress Signal Coy, Canadian Active Service Force in September 1939. Starting as a Signalman, his extremely detailed service records show that he became an Acting Lance Corporal in September 1940, and was promoted again in January 1941 to Lance Corporal. He was made a Sergeant in June 1941, and in November of that year was promoted to 2nd Lieutenant. David was posted to the 7th Div Sigs and attached to CSTC Kingston, Ontario, where he became a Lieutentant in June 1942. He was posted to the UK in November 1943 and reported to the 1st Canadian Sigs Reinforcement Unit. He remained in the UK until July 1944 where he disembarked in France, and at this point was with the 2nd Canadian Corps HQ Signals. David was taken on strength to the 3rd Div Sigs and promoted to Acting Captain in December 1944. He commanded "J" Section which was assigned to support the 7th Canadian Infantry Brigade.

On 19 February 1945, David was killed in action, near Moyland Wood, Germany. The History of the Royal Canadian Corps of Signals 1903-1963 gives an account of the circumstances of how he died...

"The two Canadian infantry divisions were next directed against Moyland Wood and the Goch-Calcar road, and in the 48 hours required to clear these areas suffered severe punishment from the Panzer Lehr Division. On 18 February units of the 7th Brigade were deployed for an attack on a small wood covering the approaches to Calcar. Their tactical disposition was such that line had to be laid along a road parallel to the woods and in full view of the enemy entrenched within it. The battle plan was intricate, and its timing required that line communications be maintained to all units throughout. During two days and nights the road was under heavy artillery and mortar fire, but a Signals corporal, without food or rest, and with several of his crew members killed or wounded, strove valiantly to build a line. A scant few minutes before zero-hour he completed an air line so well constructed that it withstood all shelling throughout the operation.

The following day the same brigade was at Beek and still in the thick of the fighting. The Regina Rifles and Canadian Scottish were critically engaged out front. Two Signalmen of "J" Section were working on a line to the regiments when the captain commanding the section called to learn their progress. The men expressed concern at being unable to repair the line to the Canadian Scottish whose companies were in difficult straits. Mortar fire was particularly heavy in the area when Capt. D. C. H. Loughnan came out to the scene, picked up his linemen, and set off to find the trouble. In an open field close to the road they detected the break and had just stopped their "Weasel" to repair it when the Signals officer and a number of infantrymen were killed outright by mortar fire. Word was sent back to brigade headquarters, whence a corporal came forward and succeeded in repairing the line."

David was originally buried in a temporary burial ground in Bedburg, Germany. He was later exhumed and reburied in Groesbeek Canadian War Cemetery, Gelderland, Netherlands, and is commemorated on the Brigg Grammar School WW2 memorial at Sir John Nelthorpe School, Brigg. 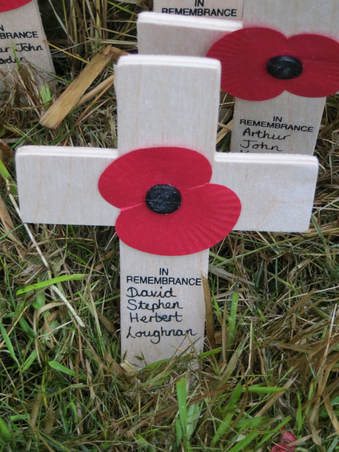 On the WW1 Armistice Centenary, Sunday 11th November 2018, David Loughnan's name was read out for the very first time and a small wooden cross was planted in his memory by local schoolchildren at the base of Winterton War Memorial. 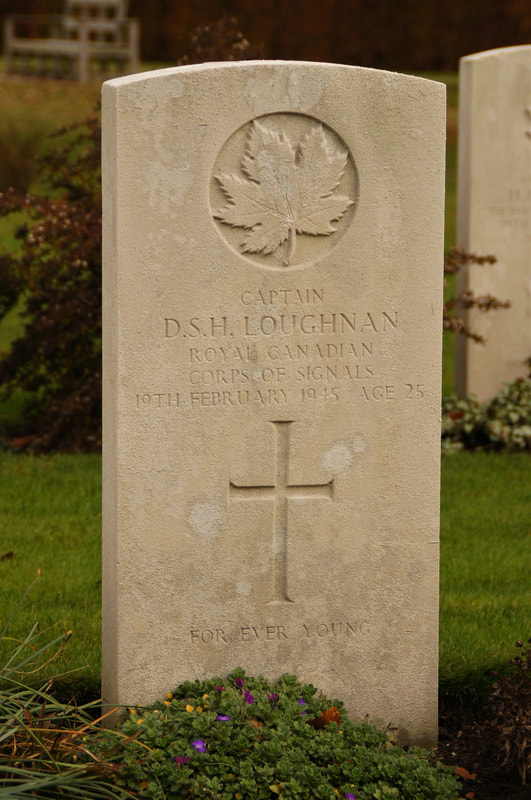 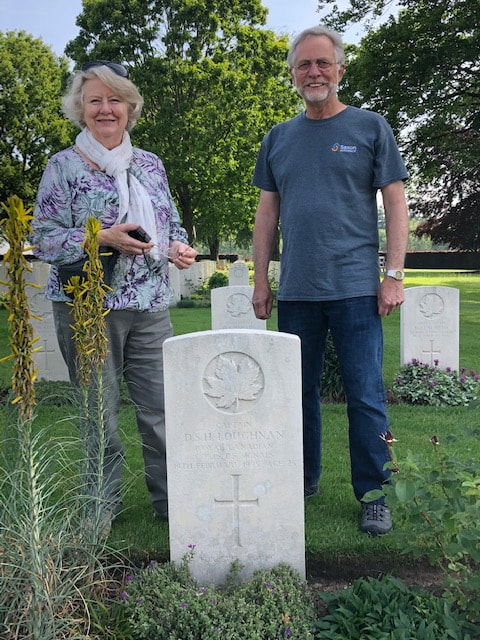 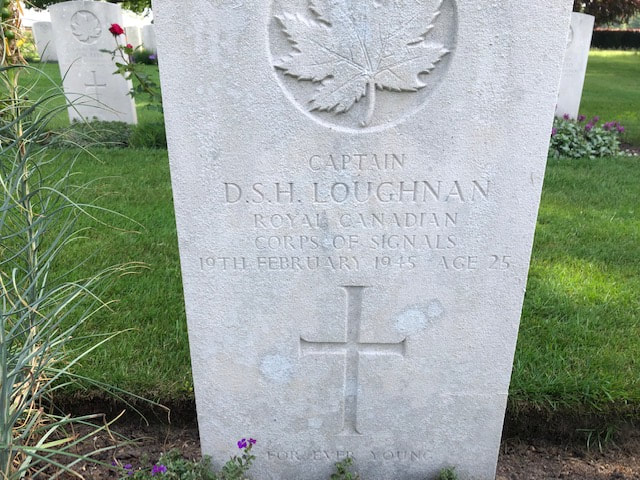 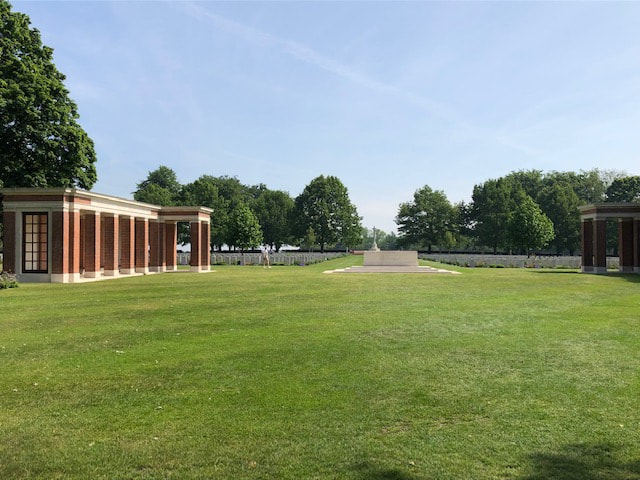